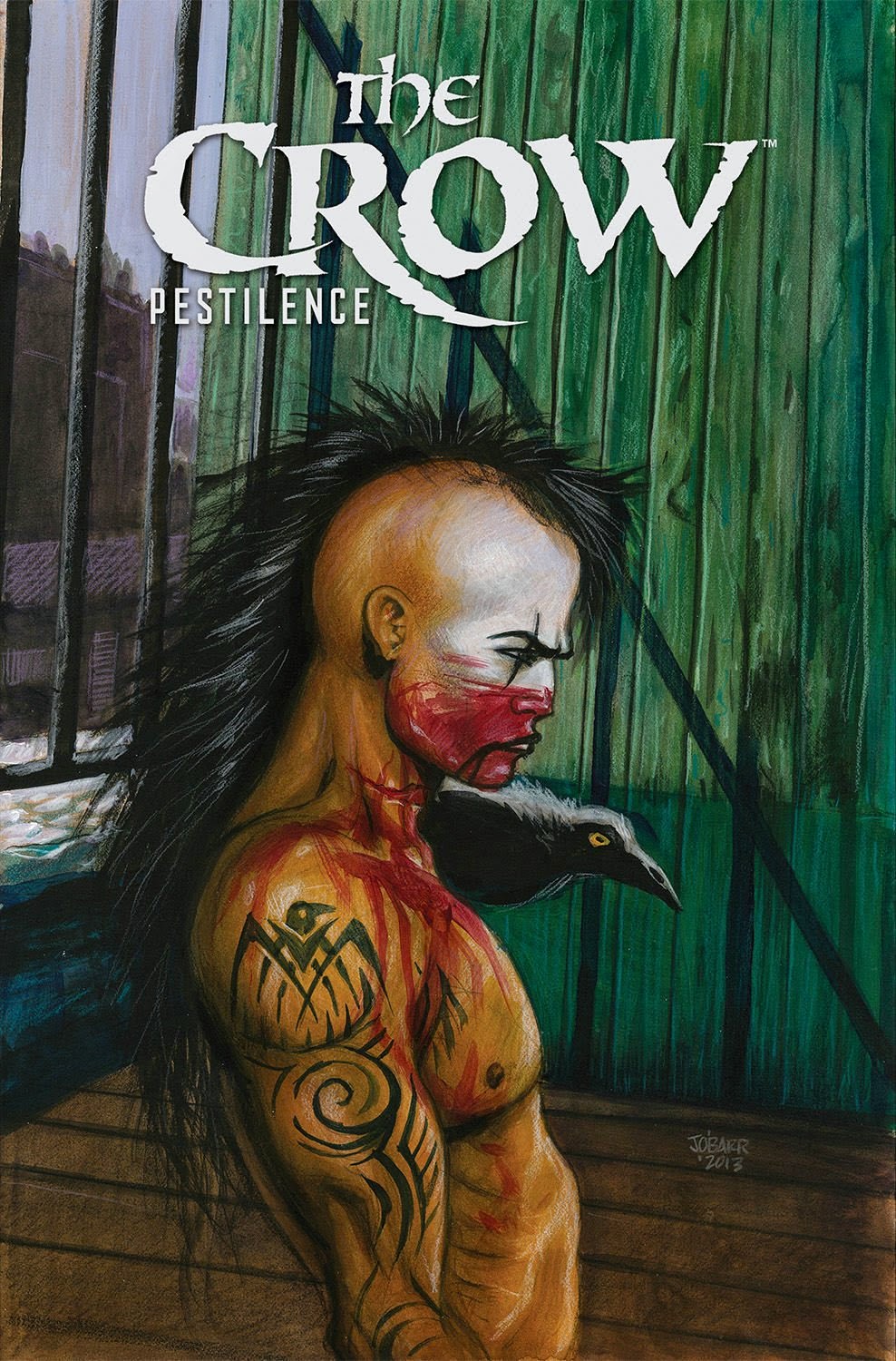 " Juarez, Mexico. A young boxer, Salvador, refuses to take a fall, but has no problem taking a vicious drug gang's pay-off. When they take their lethal revenge on Salvador and his family, he returns as THE CROW, in search of vengeance... and forgiveness." 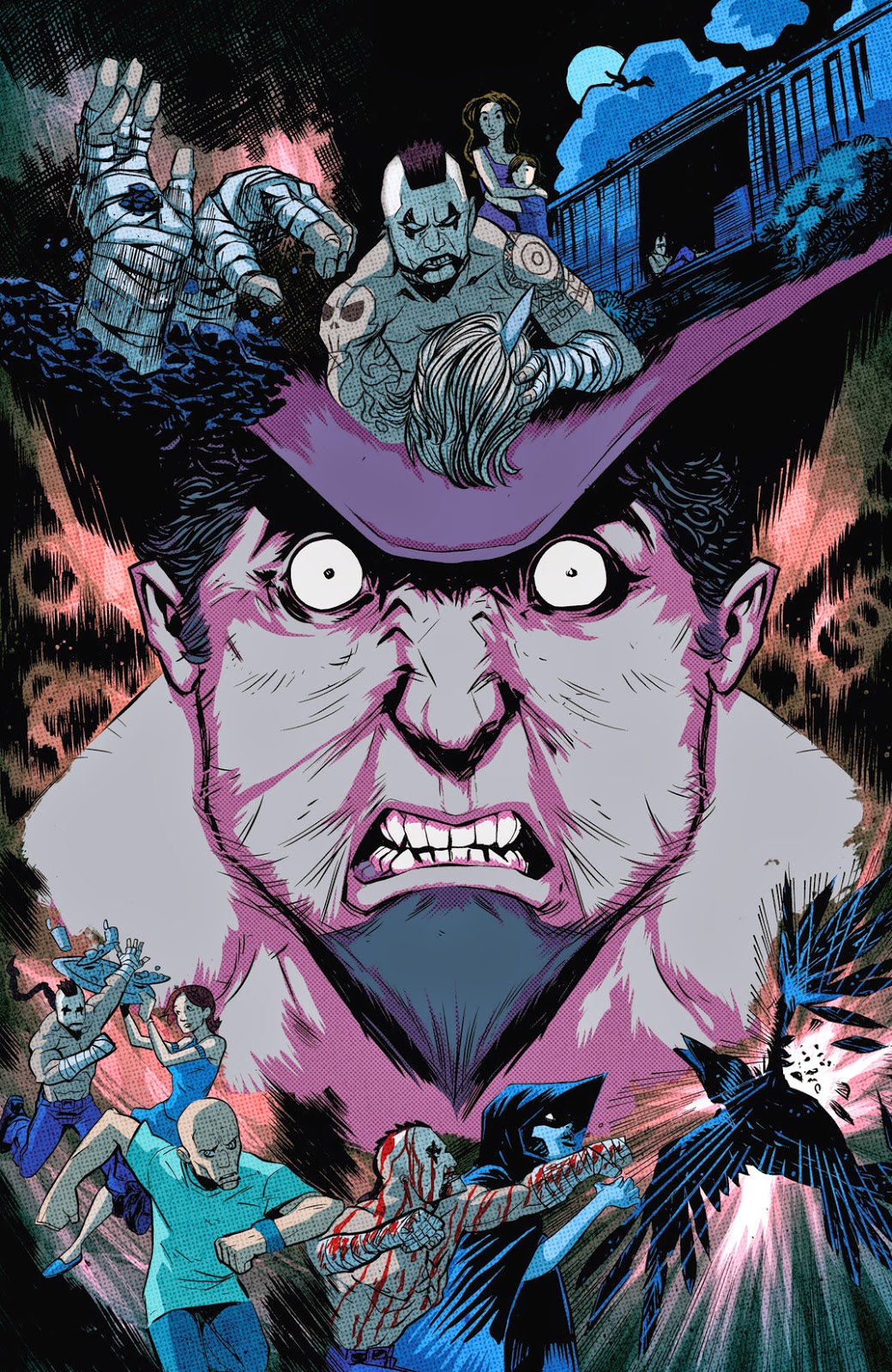 I got an ARC from NetGalley, because I loved the original graphic novel, The Crow. So, I thought I'd take a look at this reincarnation. Pun intended.

So, in this comic, we follow a young boxer named Salvador, with a wife and son, who refuses to throw a boxing match. As payback, the cartel that hired him, murders his wife and child in front of him, and then kills him as well. Salvador is resurrected and is determined to find the men who did this to his family and avenge their deaths.

It is a violent book, as you would expect, but I was a bit surprised by just how graphic it was. There is a lot of blood and guts- or at least maybe it seems like more than the original book because this one is in color, where the original was a black and white graphic novel. In any event, it's pretty gritty, and over-the-top violent. Lots of people get hacked up, knees blown off, etc. We even get a battle between The Crow and Santa Muerte, himself. 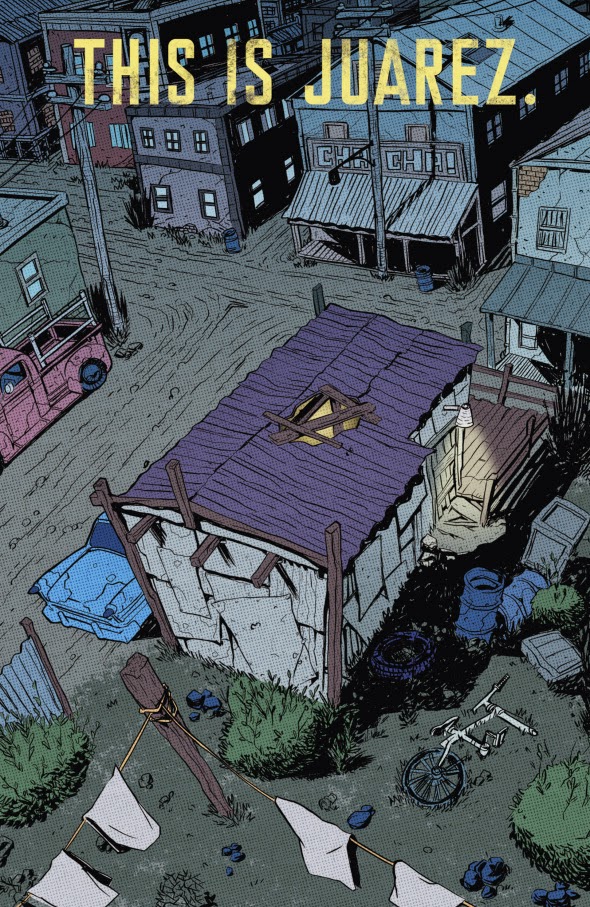 The setting starts out in Juarez and travels into the Midwest United States, and eventually to Indiana.
You see various stops along the cartels route- from the brothels, to drug manufacturers, to the man at the top of the food chain. And it's pretty disturbing stuff- mostly because things like that really happen. So, I suppose, a story that shows those kind of guys getting their just rewards is satisfying.

But does this book live up to The Crow name?

Not quite. It has the violence and the revenge, and the dark atmosphere, and the gritty setting. Beyond that, though, there is no comparison. The original was far more artistic- blending beautiful ink drawings with soft pencils and sprinkling in poetry. You got a lot more into the character of Eric, and his pain, and loss and loneliness. In this book, Salvador's loss is due to his own stupidity in messing with dangerous men without considering the consequences. And the pain that his wife and son endure, seems like just a means to an end- they need a back-story and that was a back-story. It lacks any real sense of emotion. In The Crow, my heart broke for Eric. In The Crow: Pestilence,  I struggle to feel a connection to Salvador. He's not a smart guy, and he comes back as a mindless killing machine. They don't spend any time making me like him first, so it becomes just a blood-soaked revenge story instead of a story about love cut short. 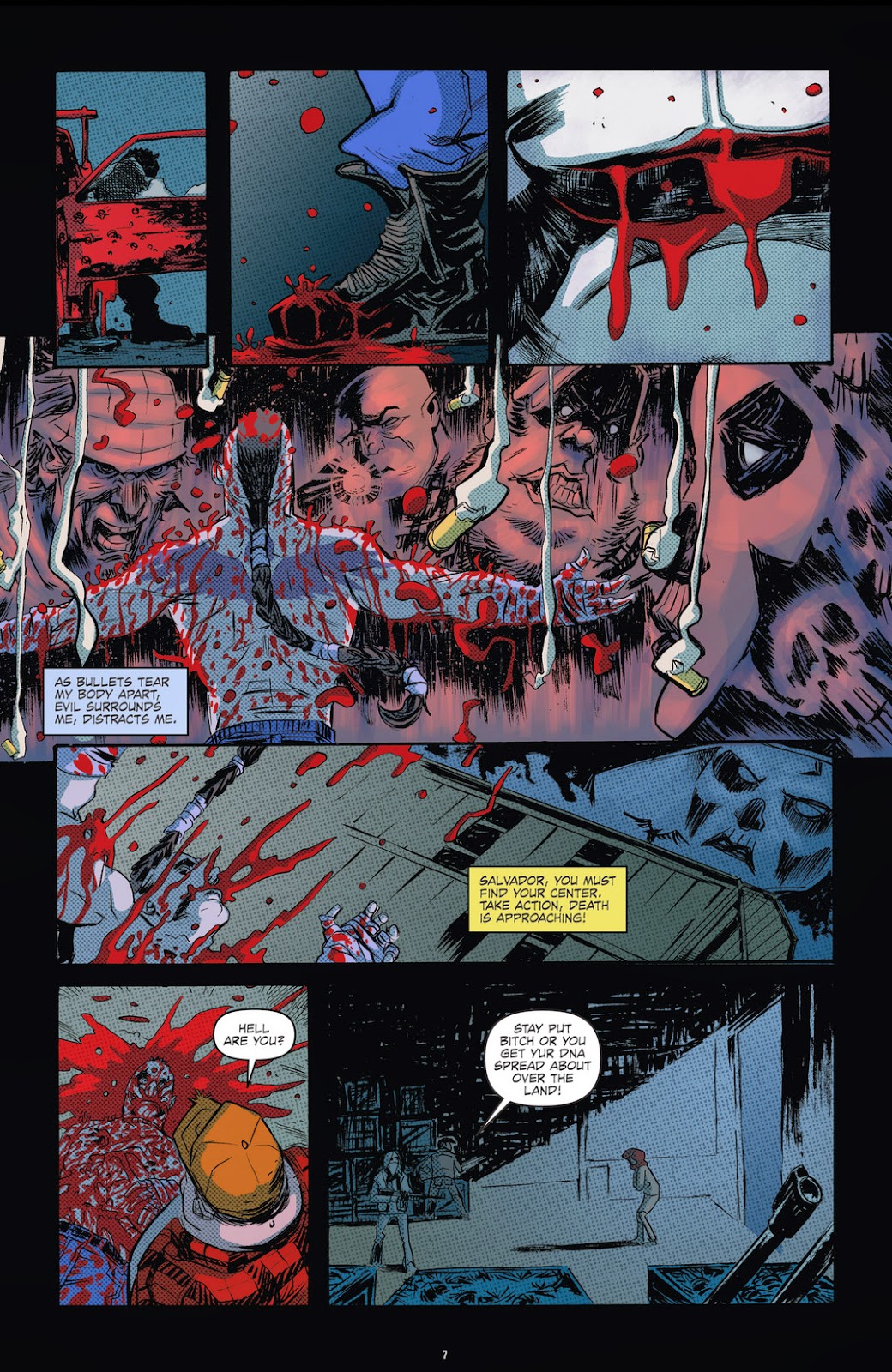 So, I feel mixed about this. I liked much of the artwork, although it was quite gory. I thought the story was mediocre, though, so I would give it three stars.
Posted by SkyRhino at 12:00 AM

My thinking is that the original spoiled any possible sequels because nothing else can really make that same heartwrenching emotional connection as Eric, so I've always been more than a little skeptical.

I agree. I have truly enjoyed some of the other Crow books, but never felt that same connection to them as I did with Eric. I think it's because the original came out of O'Barr's personal loss, and all the rest are just stories. Not that the original is real life, but it came out of a real loss.

However if I had to choose I'd say Iris from "Flesh & Blood" and "The Man" "Skinning the Wolves" were very close.