We are entering the final week before Halloween and this is always a fun and busy time for me. It's my favorite holiday, so I try and cram in as much spooky fun as I can. And since I seem to be filling every spare minute with something, I am struggling to keep up with writing about all of it. So let me do a brief run-down of awesomeness for you.

Doctor Who-
Last weekend's episode was pretty funny, what with the shrinking TARDIS and the Doctor trapped in Clara's purse, handing out items for her to use while fighting a bunch of two-dimensional baddies that want to reduce us all to no more than street art. You got to see Clara save the day with only a little help from the Time Lord, and yet...he still seems to down play her role after the fact. What IS up with him lately? 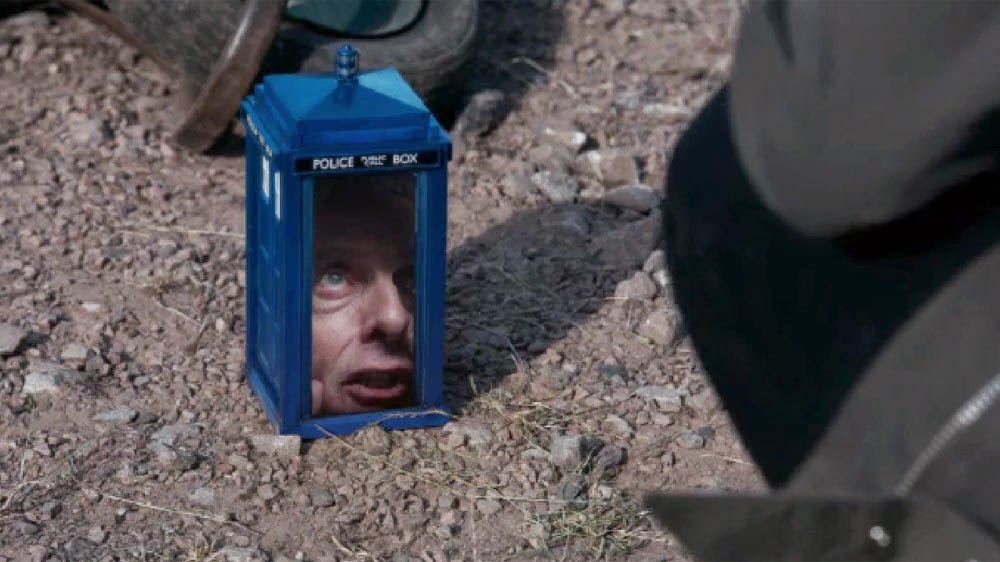 American Horror Story-
We met Dell Toledo and Desiree Dupree, the power couple of freaks. Desiree seems pretty cool, but Dell has some control and anger issues and it looks like he has a history with Ethel Darling that we don't quite know about yet. We also saw Dandy Mott meet Twitchy the Clown, and they seemed to hit it off fairly well by Twisty standards. Dandy didn't get murdered, for starters and now it looks like he's joining forces with the sadistic clown. Maybe it's just me, but Dandy's psycho eyes scare me more than Twisty's dead stare.
-shivers-
And we lost poor little Meep, who paid for Jimmy's crimes with his life. Maybe it was the ghosts of all the chickens who lost their heads to him getting their revenge. Poor chickens. Poor Meep. 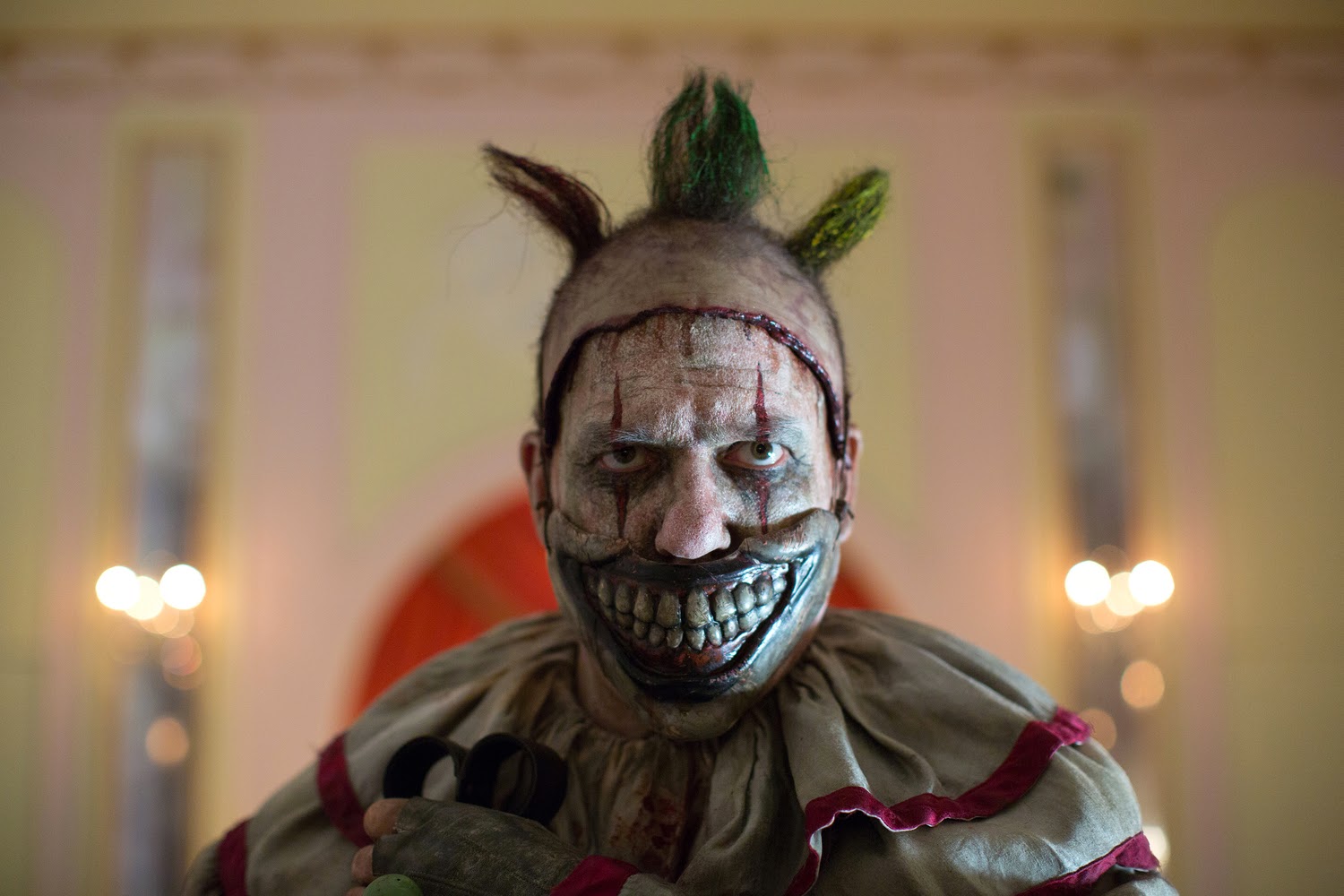 Grimm and Constantine-
October 24th. Yes! I can't wait for more Grimm and I have been anxiously anticipating Constantine's debut. Head to NBC, Friday 10/9 central for the back to back shows. 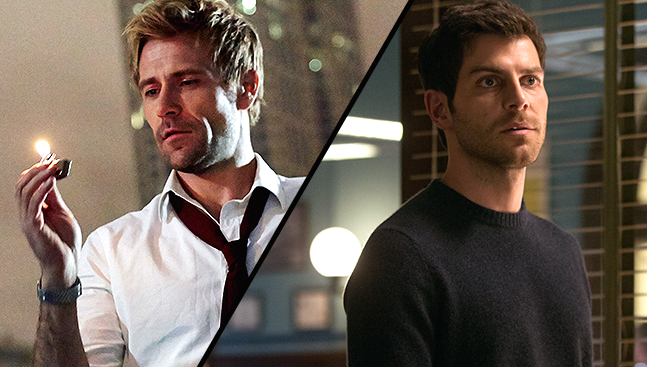 Halloween Movies-
So many things to watch right now! Annabelle is still out, as is Dracula Untold. The Book of Life is a Day of the Dead -themed kids movie that looks cute. Ouija comes out Friday and looks like it might be good. Horns comes out on Halloween night and it looks awesome!
And that's just the stuff in theaters right now. I am also still watching movies on Netflix and hoping to get another marathon review post up soon. 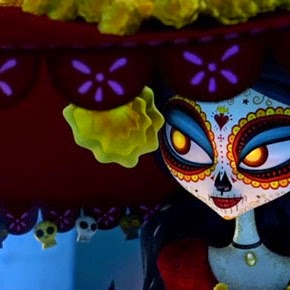 Books-
I have so much reading to catch up on. I am currently enjoying Michelle Hauf's Beyond the Moon, and I have Sweetness #9 lined up and then Night Watch- a Russian fantasy/horror book that is also a cool movie. Reviews to come! 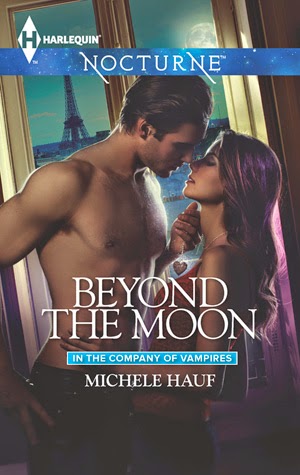 Nightfall-
I got to go out and attend Nightfall this past weekend. For those that don't know, this is a whole "town" full of spooky delights, held at Old Tucson Studios. It features multiple haunted houses, stage shows, hayrides and train rides, and even a sideshow. In fact, that was my favorite part of the evening- seeing the Strange Family Circus. I got pulled on stage and had to stand on the glass-walker's head while he laid his face in the glass. I could feel it crunching under his forehead. Yikes!! But we had a blast. It was a very nice way to get in the mood for Halloween.

Halloween Crafts-
Every year I am trying to add something new to my spooky abode. This year, I decided to create window silhouettes out of shower curtains. This was a fun craft, and I think it turned out pretty epic. I painted the critters by hand onto a fabric shower curtain and hung them in the windows with green spotlights shining on them. It makes a cool effect at night for my house! 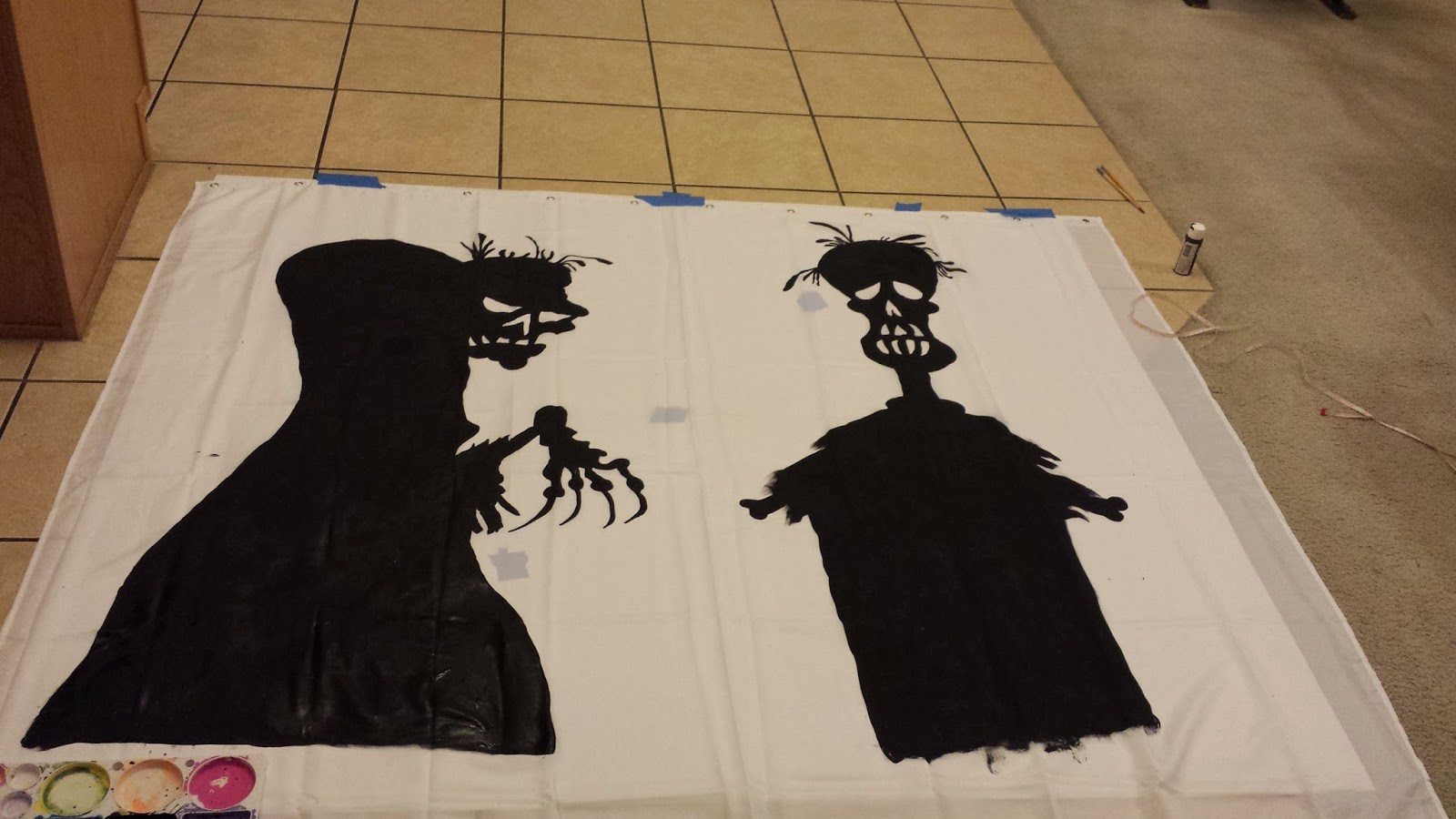 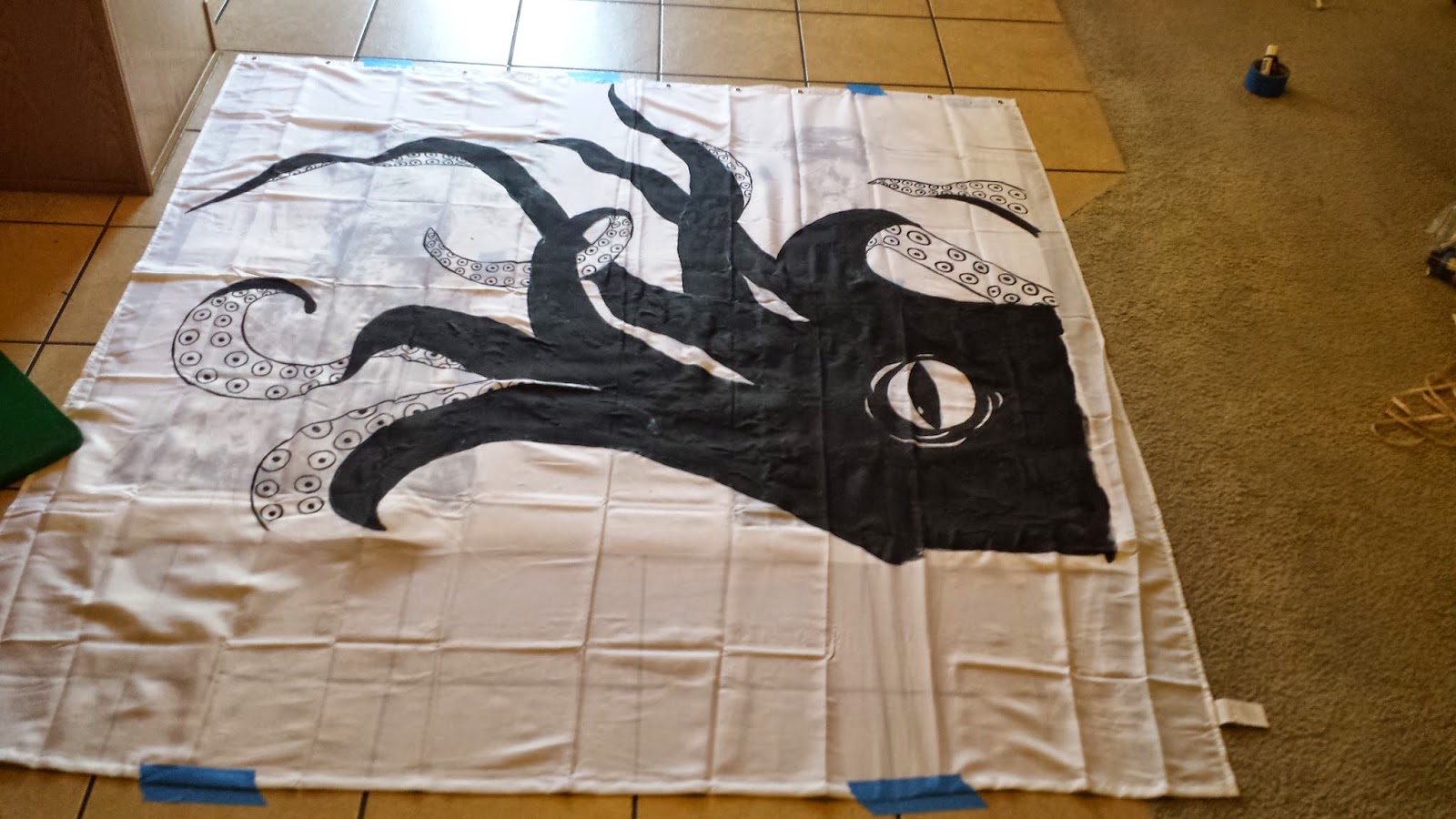 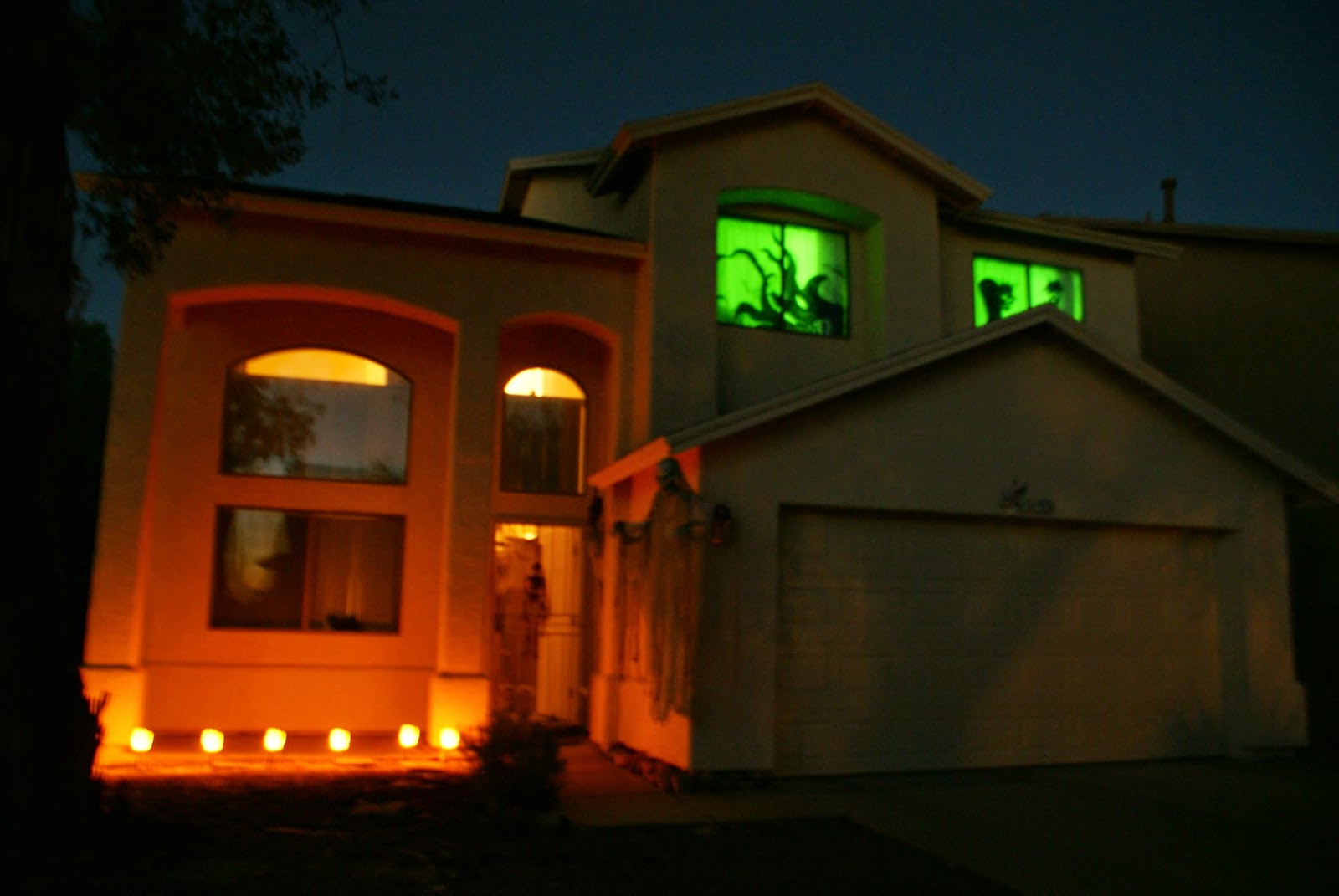 So, that's some of what I have been up to and what I hope to have coming soon. It's been a crazy month and it isn't over yet!

You are one busy lady! And brave too, since I wouldn't go to Nightfall for any reason! Haunted Houses and the like scare me to death, and the last time I went was when I was a kid and I practically assaulted a man with a chain saw that was chasing me thru this spooky graveyard area. My mother loves to remind me how pissed I was!

We finally got our front porch decorated a bit, but I have been so busy with guests, studying for my upcoming test, RT books, middle school schedule nonsense, and soccer stuff that my head is spinning. However, I have a fairly light weekend so I plan on catching up with AHS, and I have already warned my children that tonight is Grimm and Constantine.

Yay for October and Halloween!

I forgot all about Dr. Who! I'll catch up on that too, but since my daughter doesn't care for this doctor I'm on my own. It seems like my entire house is anti-Capaldi and Clara:(

I love haunted houses. I have seriously thought I should run one. In fact, I have done lots of volunteering in haunted houses for various charities. So much fun scaring people. Maybe that's why they are not as scary for ME. I've been behind the scenes of them since I was very young. (My dad ran some for the Jaycees back in the day, and I got to help out some and see him being the monster, etc.)

As for Doctor Who- it is similar. I love Capaldi, daughter, not so much. But she still wants to watch it, she just misses Matt.