We've seen Part One now.
(Or I hope you have. If you haven't, what on Earth are you waiting for?? There were so many exciting things!!)


**If you haven't seen Dark Water, then this will contain major spoilers.** 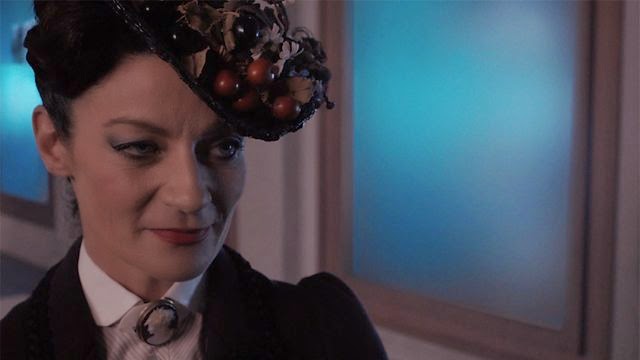 Now we know who Missy is- The Mistress, aka The Master. Holy hell. That is huge. Every time he/now she shows up in the Doctor's life, there is major calamity. And now, in a female incarnation, and crazy as ever, there is a comical bit of sexual tension between them as well. I love it.

Our insane Mistress is bent on the destruction of the human race- again. This time, using the souls of dead humans to power an army of cybermen. Why does it have to be cybermen?!?! So creepy! 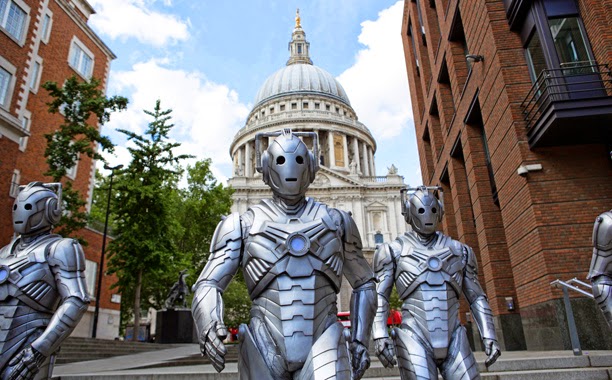 And oh yes- Danny Pink is dead, and he is one of the collected who will be uploaded into a shiny new metal hell-body. If Clara and the Doctor can't save him, that is. And they have to right? I mean, Clara and Danny have to end up together because they have a kid at some point- we know that because of an earlier episode. But...maybe...I mean, what if she's pregnant now, and doesn't yet know? Could we really lose Danny for good? Oh man. That would suck. 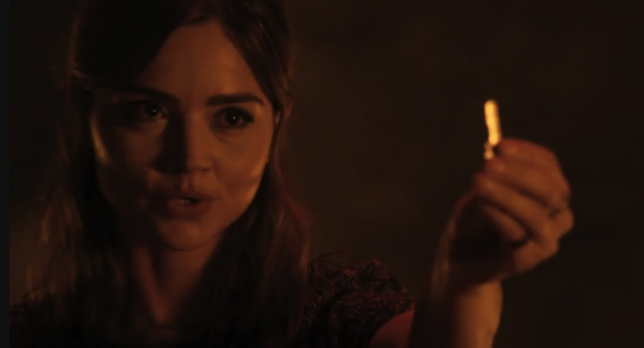 So, how is Clara handling the death of her lover? Not so well. In fact, the combination of desperation and grief prompts her to attempt to hijack the TARDIS and force the Doctor to bring Danny back- some way, some how. His refusal makes her throw all of the TARDIS keys into a volcano, ala Lord of the Rings. But it turns out the Doctor realized what she was about to do and put her into a dream state to see just what she had planned and how far she would go. (Turns out, all the way to crazy-town.) And her virtual betrayal of him is met with- what else- his love. This Doctor is so funny. Love him and adore him and he shuns you, throw his keys in a lava flow and he'll do anything for you.
Men. 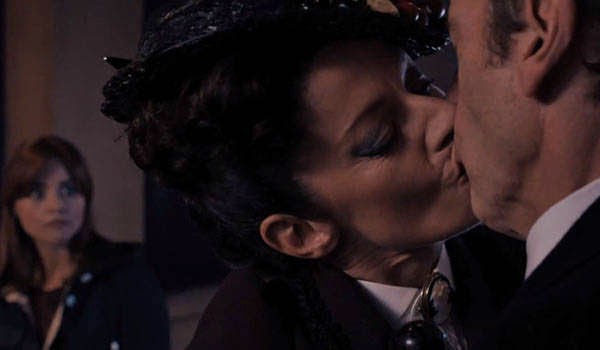 So, at the end of Dark Water, we still have Danny lost somewhere in the Nethersphere, in peril of being uploaded into a cyber body. Clara is attempting to pull it together to save him, but she is not her usual, spunky self. The Doctor is confronted with his old nemesis, and Missy is hot for her favorite foe. Oh, and Cybermen are poised to wipe out the entire human race. Fantastic!

So what can we expect for next weekend? Well, the trailer doesn't give us much to go on.

WOW - I was just browsing through & stumbled upon your lovely blog - It looks gorgeous and it has interesting posts that I can relate to! - Def. checking out these new reads! I'm now following you via gfc, Hope you check out my blog? keep in touch love x

Benish | Feminist Reflections
A Thousand Pieces of You Hardcover Giveaway

As I mentioned on FB, this episode played on my biggest fear. However, the Doctor is finally coming round for me, especially after his comments to Clara when she betrayed him and his agreement to help her find Danny. The most surprising for me was my reaction to the Danny incident because I could almost feel Clara's pain. She did a fantastic job of slowing down and being emotional which I've always thought she needed to do more often. I might actually miss her.

However, I recall a few months back when Moffat bluntly stated that The Master was overdone and would not be coming back. It rang a bit like George R.R. Martin with his killing of main characters. It's so predictable now. When Moffat made that statement it was then clear that The MAster would be back and he was just annoyed that someone figured it out.

Agreed. He's becoming transparent. :) I personally, thought The Master was the most likely of the Missy conspiracies, but when the episode name was released and it was called Dark Water, there was a moment of doubt, because another popular theory out there was that River Song could be out there in her digital form, ala Silence in the Library episodes, and her personality could have become corrupted or distorted so as to make her sort of insane and evil. Dark Water- Evil River. It sounded possible. So, yeah... while the Master is fun in my opinion, this is no HUGE shock to me.
I think she'll be a wickedly good Master, so I kind of hope they don't kill her off with this finale and she gets to pop up from time to time and be more of a nuisance.