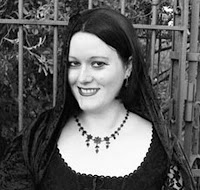 VampChix welcomes Dina James to the hot seat today.  One lucky commenter will receive a copy of ALL WOUNDS, so show Dina some love in the comments!

I'm often asked why vampires drink blood. What is it about blood that's so important to them?

You may have heard the phrase "the blood is the life." That didn't originate in chapter eleven of Bram Stoker's Dracula (though I do believe Dracula quotes it in the Keanu Reeves/Winona Ryder 1992 film version –it's been awhile since I watched that movie). The phrase is found the Old Testament in two different books – Leviticus (17:14) and Deuteronomy (12:23). Both refer to the "Law of Moses" which outlines what things the Jews fleeing from the Pharaoh in Egypt during the Exodus should and shouldn't eat.

Bet you didn't think vampires were Biblical, did you? 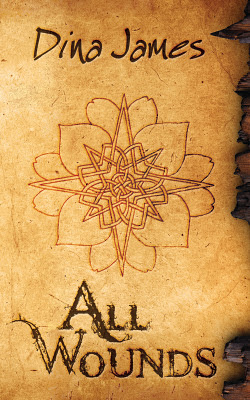 Why would Moses tell his people specifically not to consume blood? Why would anyone have to be told not to drink blood anyway? Well, because blood, broken down, is vastly nutritive. It's over 80% water, has proteins, carbohydrates, fats, amino acids, vitamins and minerals. Blood plays a vital role in the distribution of all those things, in addition to carrying oxygen, nitrogen and carbon dioxide throughout the body. Most "how to survive in the wild" books will tell you not to waste the blood of any creature you might kill for food for that reason. Lots of dishes are made with blood too – sausages, pancakes (search for "blood pancakes," I dare you!), sauces and soups. Moses told his people not to eat it (even thought it meant wasting valuable nutrition for people on the run) because it touches every part of the body, and sometimes those parts can harbor disease. Moses was cautioning people against illness. They were trying to escape Pharaoh, after all. Later on, the consumption of blood was expressly forbidden by the Apostolic Decree (Acts 15:10-21) and is still observed by some sects. In many other religious denominations, worshipers believe they are consuming the literal blood of Christ (Eucharist). To this day some groups drink the blood of their kills because it's thought to give strength and replace vital nutrients.

Nutritive properties aside, the idea that the blood contains the living essence is common in various theologies, mythologies, rituals, ceremonies and practices. Western medicine was once obsessed with blood and bleeding, leeches and so on. I could go on and talk about blood sacrifice, blood atonement…but you get the idea. Blood is important in a lot of different ways.

Blood really is the life of any creature, and vampires must survive off the life of another being in order to maintain their own existence. Of course blood is the natural substance needed. I just don't think I could get used to the taste, and from all I've read, diet affects how blood tastes. (Don't ask.)

What unusual food or drink have you come across? Did you eat or drink it? Enjoy it? Anything you eat regularly that makes most people go "ew"?

It's said that when opportunity knocks on your door, you have only one chance to take it.

No one said what you're supposed to do when it kicks it.

All Rebecca MacDonnell wants to do is get through high school with grades good enough to win a prestigious scholarship so that she can finally leave her miserable life behind. One evening, after a particularly bad day, she finds out that people other than her aging grandmother need her help, and desperately so.

Well, not "people," exactly. Vampires, werewolves, demons, ghosts, goblins, and other things thought only imaginary all need help sometime, and Rebecca was born with the unique ability to heal ethereal beings. She is about to turn seventeen, the age at which her talent will manifest in its entirety, and become a true Healer…if she lives through the event.

A war between various ethereal factions is brewing, and Healers are a valuable commodity to any side. Those who wish to harness Rebecca’s manifesting healing powers for their own purposes must get to her before her seventeenth birthday.

Only two vampires and a rogue werewolf stand between Rebecca and those determined to make her serve them, and the fact that Rebecca has no clue what she's doing doesn't exactly help matters.

Neither does being seriously attracted to more than one of those just trying to protect her.

For a soon-to-be seventeen-year-old Healer-in-training, that's a lot to handle.

Especially on top of her homework.

I tried Haggis once when I was in Scotland. One bite was ebough.

The only thing I can think of is liver. Most people won't touch it, but I've been eating it since I was a kid. I remember my mother making blood pudding; I wanted no part of that.

LOL Haggis isn't that bad. I tried it in Scotland. Tastes a bit like undercooked sausage. I wanted to try Czernina (duck blood soup) when I was in Poland but it never happened.

Great post, Dina, but you don't need to enter me in the giveaway ;-)

My mom made liver 1 time when I was young and made me try it. You can't imagine the reaction my stomach had when it hit! lol...green beans do the same to me, can't stand the smell, looks or taste. Of course mom made me eat those once too: an entire piece of bread and butter to consume 2 small beans! YUK!
I'm a spicy foods gal, hubby and kids want no part of that.
sebrina_cassity@yahoo.com

Thanks for the chance, books sounds great!!

Great post, Dina. One person's feast is often another person's ew. I'm that way with wild game and also most seafood, now that I think of it. I can see the joy it brings others, but it's not for me.

I bit into a TONGUE sandwich once. Only the bread came off the rubber like substance. I vowed never to eat anything that could taste me back!

I have read in quite a few places that vampires are in the bible. Who would have thought? After Cain killed Abel he was banished and nature would no longer support him with fruits and plants to eat. Although it doesn't say what happened to him after his banishment he may have had to result to cannibalistic behavior to survive thus becoming the first vampire.

Not too many foods disturb me enough to not try them at least once. In fact I am always looking for new things to cook and searching for new recipes. But I think the most "shocking" thing I ever ate was venison. I didn't realize what I was eating and I guess I was a little shocked since the person who cooked the meat had also shot and killed the animal herself. Whoa! I could never kill a baby deer!!!

Eewww, I know it is used and very good for you. But we seem to have gotten away from it. Hmmm, maybe that's part of our troubles with health and all? ..... Oh well, thank you for the wonderful post Dina! Have a wonderful time. :)

Definitely Liver. Just the name alone makes me shiver. I have to admit I never really thought about the nutrition properties of blood before.